For the purposes of this article, and to keep it reasonably short, I will just look at three high-level ‘balance’ scales:

Obviously, any interpretation of Mr Trump’s Ei can only be based on what we learn from the diversity of media outputs. So, taking these scales in order, here is my interpretation with regard to The Donald…

Scale 1: the balance between self regard and regard for others

Relatively lower regard for others (in some cases significantly so)

Overall then, he puts himself first, ahead of others, thinks more highly of himself than he does of some others (at least).

This may manifest itself in potentially forceful/dominant behaviour, or a desire to be so, with some issues around delivering genuine equality.

However, this could also indicate someone who likes to be (or at least be seen to be) the ‘leader’.

Scale 2: the balance between self awareness and awareness for others

I suspect that he would score highly on both self awareness and awareness of others, but this is less easy to identify as it seems masked by a desire to appear ‘strong’ and ‘forceful’, or even, dare I say, ‘presidential’?

Scale 3: the balance between self management and relationship management

Certainly, Mr Trump shows signs of high emotional resilience, how much he believes he is in charge of and takes responsibility for his life, how well he connects with people (how could he build such a vast business empire if he didn’t?), and how focused he is on achieving his goals.

I am far from convinced, however, that he demonstrates particularly high levels of flexibility towards changing situations (rather, he becomes more forceful in order to take him closer to his aims), or that he is particularly authentic at times

In terms of how he manages his relationships with others, from an Ei perspective, it seems he may deal with conflicts in a rather ‘robust’ manner (see scale 1 above), that he’s used to being interdependent when working with others…to a point, that the way he expresses and controls his emotions is rather good (and rather appropriate given the pugilistic nature of this year’s election campaign).

But does he have a balanced outlook, based on a balance between realistic optimism and pessimism? Perhaps, but it seems he is used to (or has at least learned the behaviour for) getting his own way, and therefore he may have high levels of optimism – perhaps a believer in ‘you make your own luck’?

It also seems that he trusts others…again, to a point, taking on the responsibility for the final and most valuable decisions himself.

To find out more about measuring and profiling Emotional Intelligence, particularly in developing leaders and managers, and in assessing your teams and recruitment needs, please contact me: 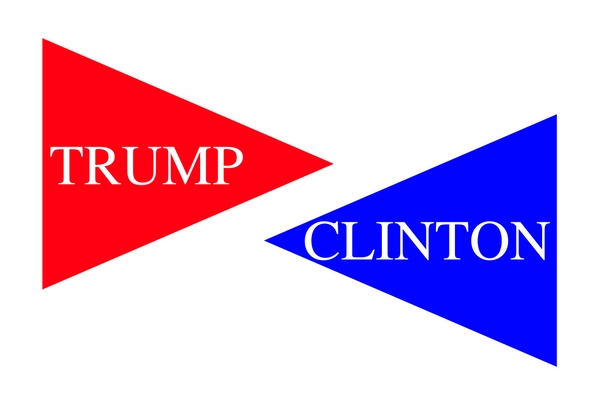 So, on the day before the US election Donald Trump was given a “1%” chance of winning.

The rest, as the oft-used phrase goes, is history.

But how did he do it? How did he pull off one of the greatest surprises in US election history? What were the key parts of his strategy that turned the odds so unexpectedly (and seemingly so suddenly) in his favour?

Actually, as with so many unexpected successes, it revolved around something we should all do more of when it comes to developing a successful strategy: research!

Now, whether you agree with Mr Trump or not, and thanks to the way the Electoral College system works, it proved a winning strategy.

Once this data was collected, his campaign focused on delivering clear, simple and easily understood messages over, and over, and over again. They poured their resources into the things they knew (or, at least, could be reasonably sure of) would deliver the outcomes they sought.

Well, we all now know what happened next.

But what does this tell us about building a successful business strategy?

And, above all, make sure you do relevant research beforehand!

To find out more about how to build a successful strategy for your business, please contact me: